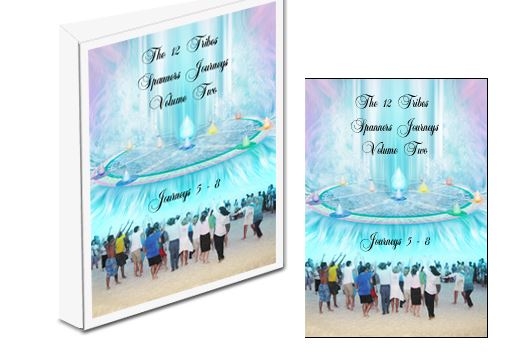 A lot of detailed information was presented in each class and some of that information was brought forth into subsequent workshops. However, the classes themselves holds a whole lot more detail than was able or needed to be brought forward in the following workshops. Therefore, these transcripts allow for more understanding to unfold.

12 Tribes Class 5: June 23–24, 2007:
12 Tribes Class 5 was an information-packed class with subjects including the “signature” of the Aquafereion gene code; the history of the Aquafereion races; the Starborn, Lightborn, Lifeborn, God Born, and Kryst Born Cycles; the Rasha Template; the Rashallah, RashaLE, and RashaLAe Bodies; the Heart and Eye of God; the KaLA-Eyugha; the Krystar activation; and the Ring and Span Tones. There was also a fascinating roundup of the Peru workshop events that involved the activation of the Seven “Heads” or “Seals” of the Caduceus Network and other events that are “coded” within the Book of Revelation. Other topics included the Krystal Heart Seeding Two and Astura Seeding One Ascension Passages; the Fallen Micca-Mecca Complex; the “First Stand of Aurora”; the 13,400 BC Great Netting, the 9,562 BC Great Encasement, and the 13,400 BC – 10,500 BC Aquari-Aquafereion hybridization programs; the Vertical Maps; the Sun’s Bardaoh Cycle; the Ring of Fire Passage; and the Elemental Master Seur and Cloud-Walkers Stands. Techniques included: The 5-Technique Pre-Stand Sequence, the Access Key Journey, the Elemental Command Master Stand, and the Stand of the Sacred Heart. Completion of the Ecousha-3 Passage Flows into the Tenerife Aquafereion Shield to begin the merger of Aurora Platforms 3 and 4; Journey to Adashi-7 Floor 5, the Hibernation Zone Reclamation, and Journey 5: Journey to the Eye of God.

Here is a list of "some" of the things presented in 12 Tribes Class 5 with links to products that this information was touched upon.

Solar Symbiosis Cycle: A Solar Symbiosis Cycle allows you to be able to convert some of the radiation from Sunlight into usable Joule energy. Solar Symbiosis is the process through which Hydrolase is made. It allows for the chemical changes in the body that allow for the atomic structure—the cellular structure—to transmute, turn to light, and then re-manifest itself somewhere else. SLD-2/6DVD/7CDT/HB

Allurea: The First Eye of God = The Eye of EtorA + The Eye of AdorA – Tunnel of Love is the LaVa of the Allurea. RODL/5DVD/3CDT

Glide: To Glide is to project with only the Rasha body portion of your consciousness and no physical atomic structure. KRD/5DVD/HB

Path of the Ring of Fire: The “Path of Mercy”, the “Step-Back Path” or the “Path of Dha-LE LUma” The Ring of Fire refers to the Shala 13 Gates at the core of each stellar body where there is an opening of the Eiron Point that occurs right when Bhardoah ends and Nova begins in a Sun. RODL/5DVD/3CDT
12 Tribes Class 6: July 21–22, 2007:
In 12 Tribes Class 6 there was more information on the Peru “events” (including the “fly-bys”), the Caduceus activations, Spirit Body anatomy, and in-depth anti-Krystic anatomy — including the 7–7–7 Green Dragon activation, the “7th” Head of the Caduceus, the Caduceus stand-off, the Caduceus Ankh, and the “period of the plagues.” Highlights of this class included the dialogue with Earth (the Being), the DhaLE LUma “Step-back,” the Cusco and Machu Picchu connections to the Ascension Passages, the Inner Domain Hub AnshaTAsa Races, and the AnshaTAsa–Gyrodome connections between Urtha, Sirius B, and Andromeda. The LA-HE de Sala Chamber was also introduced as a prelude to the opening of the “other” 11 Spanner Gates. Techniques included: Opening of the Luna DhaLA REisha Passage Part-1 and the Knights of Aquari & Aquafereion. The First and Second Verses of the Psonn of Aurora and the 12:12 Journey to Sala-4 — Opening the Sala-4 KaLE Solar Chamber.

Here is a list of "some" of the things presented in 12 Tribes Class 6 with links to products that this information was touched upon.

DhaLA-LUma Path: This is the Path of Ascension – Full Turnaround Adashi Master Path For more information: Aug 2007 Phoenix; Revelations Of The ‘DhaLA-LŪma’ Transfiguration of the Kryst and the ‘KaLE-Hara’ Celebration. RODL/5DVD/3CDT

Dha-LA Ka-Rista Body: This is the Full Krystar Body or manifest body of the Kryst = 100% Spirit form = Being in a fully transcendent Krysted existence. KRD/5DVD/HB

12 Tribes Class 7: August 25–26, 2007:
12 Tribes Class 7 saw Team Aquafereion-Indigo move from Rasha Body training to DhaLA training. Subjects covered in this class included the E-LUma-UN, Sala-KaLE Chamber, Paths of the KaLA-Krysta (Path of the DhaLA) and KaLE-RAma (Step-back Path), Birth of the Cousha Cell and the Reusha-TA Cycle, SEda Spirit Cycle, the Primary Elemental Commands and the configuration of the Shadra Stands, and the 7 Primal Sound Tones. Other topics included “eye signs” as a personal window into one’s own DNA Template Activations; the pearlescent, opaline, and iridescent LaVa Flows; matter types in each Domain; the 3 Hara Bodies and Hara Currents; the KaLE-Hara Na-VA-Ho Birth Chamber; as well as Vector Lines, Event Horizons, Yan-Yun-A Krystar Spirit First Seed Atom, and E-LUma-UN Eturna Liquid Silica Core and the Silica Doorway and the Eiradonis Body. Technique: Journey 7: Raising the Eiradonis.

Here is a list of "some" of the things presented in 12 Tribes Class 7 with links to products that this information was touched upon.

Core Lava Currents: First 7 Core Currents that come out into manifestation from the Spirit Body. E-LUma-Un: A tiny little spark at the center of the Ecousha-TA Root Cell. GLS/7DVD/2CDT

Zero Gravity: As Manifestation thrusts outward and Spirit pulls backwards Zero G-Force is reached. Zero G-Force is a Still Point state that allows for transcendent experiences to initiate. No Materialization. You can dematerialize to Krystar Activation and go through Creation Door. RODL/5DVD/3CDT
Joule Force – J Force: Negative G-Force. The J-Force-stored behind in Eiradonis Body HaRA Krysta Chamber: The vertical Chamber that connects into the Core Flows of the Spirit Body Ka-LE Hara Chamber: Runs our Rod - horizontal DhaLA-KaLAah: Runs front to back NuVA-Na Cycle: Where PKI 1 is born NaVA-Na Cycle: Where PKI 2 is born Eiradonis: The Embodied Spirit. As long as the Eiradonis is with the body, you have a fully living Spirit LUma Eturna or Krystar Entity: Manifest Body of Source Fa Ratio: Fa Ratio is the Jha-Fa Ratio, which corresponds to the Jha-Fa Void where creation comes into materialization – the materialization point. It is not the mutated Phi Ratio that changes relationships between EirA, ManA, Mana, Prana & forms an unnatural body between the Manifest and Spirit bodies. GLS/7DVD/2CDT

12 Tribes Volume Two consists of 540 pages of verbatim transcripts of 12 Tribe Classes 5-8 and a set of 4 CD's of the Techniques that go with each class. 14 Diagrams included in manual.

Here is a list of "some" of the things presented in 12 Tribes Class 8 with links to products that this information was touched upon.

Procyak False Memory Record: There is a network of 10 implants in our Milky Way that include the Alcyone libraries, the Omega Centauri library, the Tiamet library, the Procyon library, and the OberYon Abaddon library. AMST/6DVD/4CDT
« 12 Tribes Vol. 1
12 Tribes Volume 3 »
목록보기
Powered by KBoard