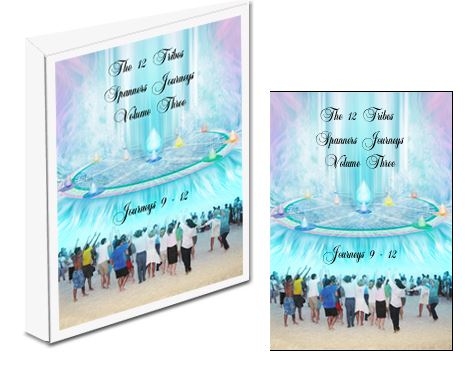 A lot of detailed information was presented in each class and some of that information was brought forth into subsequent workshops. However, the classes themselves holds a whole lot more detail than was able or needed to be brought forward in the following workshops. Therefore, these transcripts allow for more understanding to unfold.

12 Tribes Class 9: December 1–2, 2007:
This class followed the Amsterdam workshop, in which Team Aquafereion-Indigo participated in an activation of the Krystal Core Access Passage. The first day, techniques included the Access Key Journey, during which an Akashic Bypass Key was received in the left hand; a stand; and the Eye of God Journey (in which those journeying are invited to give a mental request to receive the Cloak of Arcturus or the Code of AR-tur-a). The second day, techniques included Raising the Eiradonis, Anchoring the Bridge of Sol (opening a conduit between our Sun, the Sala-4 Gate in the AQUA’elle Matrix, and the Aquinos Universe), and the Journey to the White Room or the Cosmic LUma-Eturna Reishaic Record Ring of Fire Core (also called the “Cloak of AR-tur-a Stealth Time Travel Journey” or “hyperspace leap to the future Adashi-1”). As a result of these activations, one-third of all Angelic Humans of Earth who could anchor Kryst at all, received a Template upgrade from a 12-strand capacity to a 24-strand Indigo-2 capacity, capable of full Slide to AQUA’elle Ascension Earth Shala-3 in Fold-1. In addition, one-third of all 24-strand Indigo-2s received an upgrade to the 48-strand capacity of Indigo-1s and the potential for expedited bio-passage to Urtha.

Here is a list of "some" of the things presented in 12 Tribes Class 9 with links to products that this information was touched upon.

Polarian Matrix: These are Gates that are on the AdorA side that are equivalent to the Arc of the Covenant Gates on our side through the collaborative efforts of the Eieyani-EyanA and AdonI-AdonA Councils. The Polarian Matrix is an intricate system of intermediary Star-Gate Links that run between the Ecka and Parallel Ecka and their respective Density Universes which, when activated, allow merging between the Ecka and Parallel Ecka territories through the Kristiac Shield of the Eckasha from which Ecka and its parallel originally emerged. IKA/6DVD-HB.

During Class 10, the Indigo Shield went on Red Alert because of a breach in the Parallel PSG-7 (anchors in Puerto Rico) by the White Dragon groups and the successful initiation of the Omega Kill Code. Techniques: The main Class 10 stand involved a “Power Boost Configuration” 24-point-star Shadra layout for 2 sets of 3 Journeys: the Access Key Journey (Class 2), Eye of God Journey (Class 5), and Raising the Eiradonis (Class 7); and the Journey to the Cosmic Halls of REisha-TA (Amsterdam workshop), Journey to the White Room / Cloak of AR-tur-a (Class 9), and Journey to AshaLA / Ashalum Edonic Healing Temples (FOL 2008). All of this was followed by the two-part Cloud-Walker Shadra Stand (primarily to activate the Shalon-7 link the Adjugate Site at St. Kitts). The class concluded with the Great Balls of Fire technique (Eckasha-A - level Ra Flame activation). Information included understanding the large quantity of volcanoes that were occurring at this time to the extent of the Guardians having A'sha-yana follow the reports and map the locations and how all of this plugged into the "Red Alert" and the initiation of the Omega Kill Code.

Here is a list of "some" of the things presented in 12 Tribes Class 10 with links to products that this information was touched upon.

AshaLA: AshaLA is a “between-World.” It’s actually called the Between World, because it’s axis is between the Milky Way tilt and the natural one of the M31. So, it’s the Middle World, the world between. FOL08/3DVD
Salvage Island: The slide network will connect through Spanner 7 and through the most important site on the planet, and that is the Shala 13 space, and that is at the Adjugate Site to ShAlon 7, which is St. Kitt’s, which was known as Salvage Island in two of the seedings before. SLD-3/13DVD/5CDT/HB
Omega Kill Code: The Omega Kill Code is an electromagnetic code that is like an electronic virus that was meant to first of all, take out the Aquari-Indigo Shield on Earth to stop them from activating the Host and to wake everything up (their fallen angelic sites) so that everything would go at once causing terrible Earth changes and to roll the hibernation zones into Earth within 7-10 days. It’s meant to split the Rod, and that will literally crack the Tectonic Plates, and send us into catastrophic wipe out very, very quickly. SLD-4/3DVD/CDT/HB
Folds of Creation: 1. Ma-Sha-yahnic Fold 2. Ma-Sha-Ta-Ra-ic Fold 3. Ma-ha-ra Tic Fold 4. Ma-ha-Raj-ic Fold FOL08/3DVD
Micca Complex: Micca complex is the part on Parallel Earth that has to do with a series of systems that work through what’s called the E-Umbic Time-Rip that plugs into the Bourgha System. The counterpart to the Micca Complex over there is the Mecca Complex here. SLD-4/3DVD/CDT/HB

Class 11, titled “The Dhani Awakening Part 1 and the Shield of Solomon Invitational,” contained exciting new information about the Eiradhani Breathing Tube, the Dhani Adjugate-10 Codes, the Dhani Ring Bhardoah Chamber (Backflow chamber) and the “single silent tone” released from our now-dying Sun (on March 25, 2007, the Sun’s Prana Seed was forced into closure), the Shield of Solomon, the Star of Solomon (involved the teachings of the House of Solomon, and the Jesheua-12 line), and the AdorA-10 BudhAea AdonA High Councils. Techniques included: (1) Activating the Dhani Codes, (2) Opening the Cosmic Eiradhani Breathing Tube and Gha-fa Line through the AdorA-4 Gha-fa Infrasound Body, (3) Receiving and anchoring (into the Gha-fa grids of NET-Earth) the Cosmic Reishaic Backflow Return Spark from the Cosmic LUma-Eturna via the Cosmic Halls of REisha-TA, and (4) Journey to the Eckasha-level Dot Matrix Field via the Flame of KaLA and AdorA-10 Event Horizon.

Here is a list of "some" of the things presented in 12 Tribes Class 11 with links to products that this information was touched upon.

Bhardoah: Bhardoah means Backflow; it is a specific Backflow Return of energy back into your own Ah-JhA Body capsule and into the Gha-Fa Body. FOL08/3DVD

Dhani Awakening / Dhani Ring: The Dhani Awakening is about waking up the center Core of the Shield, those beings that carry the codes of the AdorA 10, which would allow them to activate the Star of Solomon and the Shield of Solomon. The Dhani Ring is at the center of the Aquafereion Shield that when activated allows portions of Earth to pick up the BPR enough so it could catch the Host.  WTV/4DVD/3CDT

Harmonic Convergence Points: Points that occur in places where 3 or more Planetary Tectonic Plates touch each other or intersect together. WTV/4DVD/3CDT

The enormity of the activations that occurred in Class 12 required 15 additional attendees and constituted the first of three “Gatherings of the ShAman” (2nd was Hetharo 2008 and the 3rd was during St. Kitts 2008). The ShAman Shield activates the entire Rasha Body on the Aquafereion Shield, NET-Earth, Median Earth, Shala-3, and AshaLA levels. The class contains a phenomenal transmission from the AdorA-10 BudhAea AdonA High Councils on subjects including “the Glide, the Slide, and the Span”; Rasha Body training; the “Three Stages of Ascension”; Transmutation, Transfiguration, the Krystar State, the “Rapture,” Transgenesis, and the Mashayah; the “Last Atom,” Rasha PaTa-Ur Cellular Transfiguration, the Mashayanic Fold, and the Zhyrah; the Ema’jhi, the Zhyon, Um-Ma-TA-pa-DA-on, and the Mashayah Spanner; the Dhani, the DhaLA, and the Path of Mashayanic Evolution; and ZhEon Depletion, Organic “Bhardoah Transition,” the “Victory Spark,” and the “Va-Ba-TE Cell.” Techniques included: The second part of the Dhani Activation, allowing for the beginning of opening the Bhardoah Chambers between the Aquafereion Shield on NET-Earth and Median Earth. The final Journey for this series was called “Journey to Median Earth and Release of the Caduceus Victory Spark.”

Here is a list of "some" of the things presented in 12 Tribes Class 12 with links to products that this information was touched upon.

Path of the Dhani: is the Mashayanic Path in which the full atomic re-spiritualization of the Mashayanic Rasha PaTa-Ur Cellular Transfiguration is completed during the biological life of the “mortal’ body.

Path of the DhaLA: The “Path of the DhalA” is the Mashayanic Path in which the identity engages a (properly orchestrated) Bhardoah Transition out of the biological mortal body
Transmutation: Transmutation is re-enlightenment of the atomic structure.
Transfiguration: Transfiguration is the “re-spiritualization of matter” that occurs when the “light-transmuted” embodied Mana portions of the physical-matter ManE Body merge with the Prana and EirA.

12 Tribes Volume Three consists of 278 pages of verbatim transcripts of 12 Tribe Classes 9-12 and a set of 4 CD's of the Techniques that go with each class.
« 12 Tribes Volume 2
목록보기
Powered by KBoard