This wonderful Drum Circle FOL workshop kicked off with some very important information on the enormity of the “Cosmic Picture,” the Indigo-Aquafereion Shield NET-Earth “wrap-up crew,” the unstoppable and destructive consciousness collectives on NET-Earth today, our unsustainable lifestyles (hot running water, refrigeration, etc.), the growing movement of eco-awareness (driven by the “Green Dragon” collectives), and the shift in consciousness that will allow us to shift what we “energize” here on NET-Earth (by shifting our “Encryption Lattice”). There was also information on the Monadic Passage, the Transharmonic Merkaba Field, and the nugget of pure joy “required” for the drumming, dancing, and singing at the Drum Circle event at Siesta Key Beach. On Saturday, background information for the Drum Circle included the Level-1/2 Ordination, the Elemental Command Stand (similar to the one in Ireland), the joyful drum / stomp / slap-and-sing session (included the Psonn of Freedom Drum Code and the specific EtorA Monadic Activation), the Orb Call amplification, the AmorAea Krystal Temple Activation and the Mashaya-Hana Baptism Rites. The Monadic Passage pillars open into certain parts of the brain (similar to the Mashaya-Hana Vortices) so we can develop our own ability to receive frequencies — and information — from Urtha directly. The AmorAea Krystal Temple at Siesta Key Beach was to be the first of the Krystal Temples to be activated and the last of the Krystal Temples to close before the Load-Out. There was information on the NET field, the Met NET or Metatronic Encryption Lattice, and the creation of a natural Encryption Lattice, which will be aligned with the one on Higher Earth and with the Solomon Shield and the two-mile wide AmorAea Krystal Temples.

The final session included a specific sequence of graphs (important “symbol codes” to prepare our DNA Templates for the major workshop activation). Topics included the mechanics of the Cosmoses and their inherent time cycles, the Probability Maps, the Birthday Chart Octants, and how they all move according to the Spirals of Creation (both the Metatronic and Krystal Spirals) through and across each other; the Mashaya-Hana Baptism (an LTR Master Grid); the plant, animal, and bird members of the Aquafereion Shield; the Starborn Cycle, Harmonic Key Cycles, and Takeyon Growth Cycles; the two Round-zero SEda Cycle Octates, the eight Round-1 Axes 1–8 Octates, and the two Round-2 Axis-1 and Axis-2 Octates; the Transharmonic Twin Sets; the Round-2 Axis-4 Monadic Axis (forms on EtorA and AdorA sides); the same-spin backflow currents (which create the petal flows) and the opposite-spin Adashi Flows; the AmorAea Pass-Through and formation of the Transharmonic Hyperspace reality field; the nature of “background” radiation; the Core Reishaic Passage, the Akashic Record, and the Eckashic Record; the KaLA-Krysta Ascension and KaLE-Rama Step-back Paths; the 12:12:12:12 / 11:11:11:11 Kryst-Buddha Alignment; and the Metatronic Spiral Harness and the Dueling Metagalactic - Galactic Spirals.

Techniques included the Stardust Blue Activation-1 (to prepare for the future Starlight Gold and Golden-Silver ONE activations in March / April and May 2010 — the second and third parts of the three-phase activation of the Aquafereion Shield’s Silver Seed – EtorA AmorAea Krystal Temple). 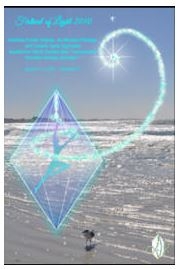 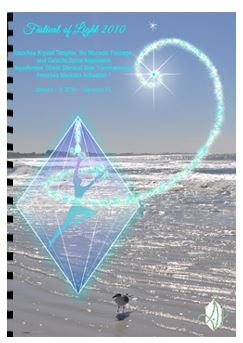