The Treaty of Al-Ben-Yhan, “Being Buddha”, Engaging YOUR “Place of Power”, Healing the Wounds of Time, Elemental Command Slider Teams & the 12:12 “Aquai’-ah de So-La’-RA LU’-na” Transmissions ”

After a truly amazing and comprehensive Sliders-1, 2 & 3 program, this FOL workshop will definitely be remembered for its atmosphere of Celebration for the Kristic Mission. FOL 2009 also marked a clear and positive turning point in the ability for Team Indigo (and all who choose to come on this Journey on NET Earth) to engage more fully their own personal lines of Kristic communication and transformative healing. The orientation lecture was no less action-packed than any other, covering subjects like the “Budd Self” and its place in relation to the Elum- Eiradhona Spirit Body, the Orb people, the Ah-RA’-yas (introduced in St Kitts) and their ability to increase and maintain our Light Quotient¸ the Uni-genetic Underlay (UGU) and the Inner Sun of Aquarie. The workshop then kicked off with a run through of a selection of the Sliders-1 and -2 techniques including Induction of the Allur’E-ah Rashatan Code, Creating the TE’a-Wha Vision Seed, Activating the Organic Pentagonal Circulation and Activating the Grail Window Parts A-E. Then after a brief update on the Treaty of Al-Bhen’-Yhan and the Krist Fall Host, Team Indigo called in the first of the Aquai’ Solar Luna Transmissions (Aquai’-ah de So-La’-RA LU’na Ah-VE-yas Elemental Living Light Transmissions), Median Earth pulses that travel at nano-speed and which will continue to build between now and 2230. After this, lecture topics included the Red/White and Green electorate maps in North America, the Load-Out Charts, the Milky Way ‘A’, ‘M’ and ‘P’ Gates, the artificial Procyak Grid holding the Bloom of Doom at its centre, the role of Methane Deposits, Sink Holes and the twisted NET Earth Rod in fulfillment of the Omega Kill Code, the interconnectedness of NET Earth, Median Earth, AshalA, ShaLa and Urtha, and the second expansion of the Shield of Solomon/AdorA, a global network of Kristic energetic structures that can override the Omega Kill Code activations. The final lecture consisted of a wonderfully detailed update on the Chronology of the Cosmic Drama, where the number of Kristic Mission Upgrades far outnumbered the number of Drama Escalations (Drama Escalation # 28 to 31 and Mission Upgrade # 27 to 38 are covered in the supplement).

Following this good news, there was more specific information about the Orb People (the ZionA -the Mer people, and the AquafarE) who featured prominently in the Sliders-3 workshop. The techniques include: Activating the Sha-DA’ Buddha Shield and the Floating Buddhas Rite where we call in our Elemental Command Sliders Team and meet our own personalized “Personal Cloister Team”. Then from the Buddha Space: Awakening the Homing Seed [activation of specific core encryptions that open the Homing Seed Keys to begin the process of moving us (even if only to visit) to places on Earth where our bodies are naturally attuned to and where we can (re)establish a direct rapport with the Median Earth grids], Clearing the Va-ba-ti False Homing Seed  (The Kei’sa/Ah-RA clearing) and Healing the Wounds of Time (where the Seed Atom is put on 2/3 thrust capacity and the Light Quotient is increased 75% ShaLA-a Light quotient). As in the Sliders-3 workshop, these techniques all culminated in a gift to all attendees of the workshop: a Level-4 Consummate Ordination. 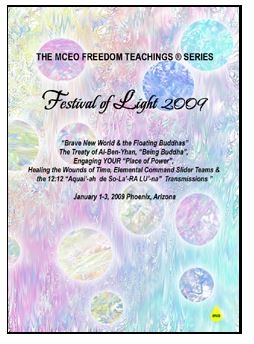