The fourth Guardian inspired journey to mystical, magical Peru and final grid work preparation before the Dec 21st 2012 Workshop event.Journey with us as we learn and understand more about Peru from the higher plasma-frequency perspective. Amazing new dispensations covered the pre-Inka times & 5 Clans of Phims (Clans of ARhAyas) of which many of us were a part.

Learn the secrets of special, sacred sites in Peru and their important connections to the current Fail-Safe. Understand more about why it is beneficial to physically visit certain grids for “Data Harvesting”, which entails picking up the frequency information we left behind in the grids for us to now receive. Experiences include the opening of the Passage to RhAyas Island and re-direction of the NavAHo Passages to the AL-Hum-Bhra Passages (also known as DhA’-ya TEi Span Gates).  Also included are the Sun-8 AL-Hum-Bhra K+8 Baptism transmissions, which the group first received in the hotel pool & the stand in the Morey Ruins which activated the Sun-2 Plasmas.

Further dispensations covered brand new material on “Releasing the Curse of BhrALindt”, “The Star Riders of the Kryst” , “The Time Lords of the FataLE” & the “Trinity Bridge” Braid of Eternal Life. The Prayer of AL-Hum-Bhra Parts 1 & 2 was also released during this time.

The below paragraph is provided by the Beloved’s on January 3rd, covering some technicals   of what was accomplished during the Peru workshop period. 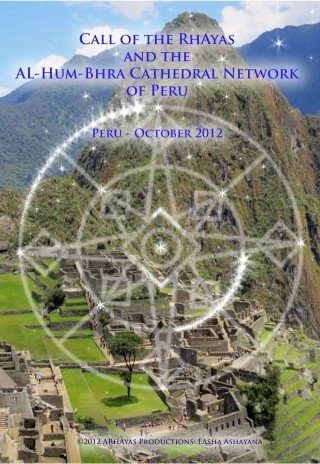